What I'll Tell My Kids about Independence Day Repost 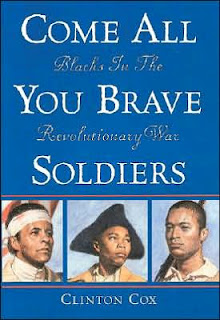 The Untold Stories of African-Americans in Our War for Independence


This year my wife read to my children a book titled Come All You Brave Soldiers: Blacks in the Revolutionary War written by Clinton Cox, “author of several highly-acclaimed books for young readers, including three on fascinating yet little-known aspects of African American military history.” In Come All You Brave Soldiers, Cox recounts the untold real stories of the vital role African American soldiers played in our War for Independence. Cox is clear and captivating, but not at the expense of facts. He is very much the scholar when it comes to educating his readers. 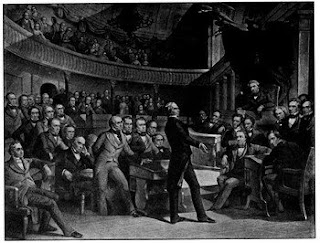 I will tell my children to respect men like George Washington, but not to idealize any man because we all have grave shorting-comings, and that none of us, even on our best days, are what we should hope to be. I will tell them this so that they will be gracious and not embittered about their past. I will tell them to enjoy the sun that shines in our country but to look for a brighter day, a day when the Son will reign over a truly free land where the brilliance of His glory will cast no shadows. I will tell them that they should thank God they live in America, but I will pray that they will live as foreigners longing for a citizenship in a better land—in Beulah land

Email ThisBlogThis!Share to TwitterShare to FacebookShare to Pinterest
Labels: Re-post

The U.S. is still paying for it's "Original Sin".

Thanks for the history lesson Pastor Bobby, GOD bless America.