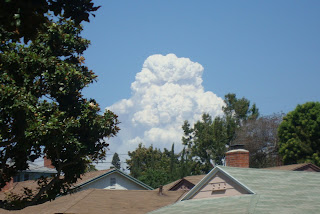 With arid dry weather and hot winds that gust up to 85 miles per hour, parts of desert-like, sunny California are a powder keg ready to explode into flames. It is one of the worst wildfire areas in the US. Yet according to FEMA, the fire death rate for California is one of the lowest of all the states in the US. That’s an amazing stat. While a lot of factors contribute to that result, one reason why the death toll is so low is the enormous attention California pays to both raising fire awareness and combating wildfires. I think the church needs to apply a few lessons from California firefighters. Too often the church responds as if the fire of porn addiction blazing through the spiritually dry lives of unbelievers won’t jump to the church and start burning down our house.

The sobering irony of my lead-in to the article is that Les mentioned in passing that the article was scheduled to come out early September (it came out a few days ago), at the peak of California’s fire season. And here we are facing Station, one of the worst fires I have witnessed in my 27 years of living in Southern California. Tragically, two firefighters lost their lives fighting this blaze last night. It is my earnest prayer that no one else would die as a result of this horrific fire and that it will be contained soon. I also pray that Christians will fight with all the grace God allots to avoid being burned by the growing inferno of pornography that is sweeping across our nation and the world.