A Christian's Reflections on the Death of Michael Jackson


Michael Jackson: Gone too Soon
Heeding the advice of the wisest man to ever live, who said "It's better to go to the house of mourning . . . because that is the end of every man, and the living takes it to heart," Ecclesiastes 7:2, I stopped to watch the memorial service of Michael Jackson because there is so much to take to heart from his death. As a minister of the Gospel, I have witnessed my share of memorials. This one will stay etched in my mind for many reasons, but namely because of who died and how he died. So if for no one else but for me, I thought I would write down what I took to heart from the memorial of an icon—Michael Jackson.

How Do You Say Good Bye to a Legend?
There were so many poignant moments in this service. Who watched Michael Jackson’s memorial and wasn’t touched by Steve Wonder’s regretful words, “This is a moment that I wished that I didn’t live to see come,” and didn’t agree with his haunting poetic line “I never dreamed you’d leave in summer.” Who watched Michael’s memorial and wasn’t moved when Usher’s voice cracked while singing a tribute to his idol. Whose heart didn’t feel compassion when Brooke Shields’ reminiscence revealed the humanity of her friend. Who listened to Rev. Al Sharpton and wasn’t provoked? Who didn’t feel pain when Marlon Jackson lamented losing his brother? Who didn’t cry when little beautiful Paris Jackson said how much she loved her daddy and how he was the best father “you could ever imagine”? I did. I was touched. I was moved. I felt compassion. I was provoked. I lamented. I even shed a tear. So how do you say goodbye to a legend? Not easily. But with dignity and heartfelt emotion, Michael Jackson’s friends, family, and fans bore this sober task well. The way you say goodbye to anyone in death is that you remember their life and mourn their departure. The real question is, should you mourn as someone with a real hope that the deceased is with God, or should you mourn without hope, knowing that the deceased will be separated from God forever in judgment?

How Do You Give Tribute to Fit the King of Pop? 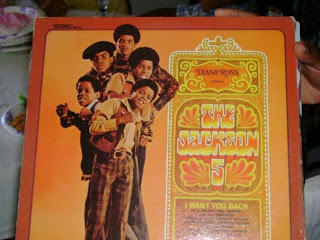 To the countless number of people all over the globe who can say that Michael sang the sound track to their lives, today they and the world were reminded of Michael Jackson’s unparalleled genius as a performers. One of my earliest childhood memories, is trying to imitate the Jackson 5 with my sisters and a couple of neighborhood friends. But try as we might, we failed like everyone else to reproduce the magic that was Michael. After childhood success a decade later, the world still danced to his music with “Don’t Stop to You Get Enough,” and then watched in amazement his MTV color-line breaking “Thriller” video. Like few others and without a peer, Michael kept making himself relevant and fresh to generation after new generation of music lovers. There was “Man in the Mirror,” and “Black and White. Even celebrities seemingly stood in line to take part in his blockbuster videos, like “Remember the Time,” with Eddie Murphy, Magic Johnson, and Iman. And who can forget Michael Jordan in his “Jam” video. To young and old audiences, to American and international fans spanning the globe, Michael sang the songs of their hearts and was a thriller as an entertainer. That was the genius of Michael. Michael was huge, bigger than huge. Michael really was iconic.

So today it was fitting that his peers would acknowledge that he had none. They spoke of his unmatched talent as an artist and perfection as a craftsman. Some will debate it, but Barry Gordy’s point is hard to dispute that in our age of entertainment Michael Jackson was simply better than all the rest.

What about the Haunting Questions that Won’t Go Away?
It would be both naïve and as spurious as a historical revisionist to say that talent alone made Michael Jackson a name known around the world. In death, the living need to take to heart the totality of the life of the deceased. In Michael’s life, his success as an performer only seemed to be rivaled by his unsuccess to find peace in his personal life.

Michael gave to the world his enormous talent and in return the world gave him the supposed gift of elevating him to a god-like status. Where could Michael go, what could he do without fans thronging to him as if off the stage he possessed a magic that would heal their lives. Mega-superstar fame is a curse. It is the curse of being known by millions of people who don’t know you but assume that you can fill the place in their hearts reserved for God and God alone. The goddess of beauty, Marilyn Monroe, the king of rock ‘n’ roll, Elvis, and now the king of pop, all in some ways died trying to carry the weight of deity. How else do we explain the profound loneliness of a man known by everyone? How do we account for the morbid sadness in one who had everything, but not what mattered most—security, love, peace, and happiness? How do we reconcile the tragic irony that while Michael entertained the world, he languished in agony? How do we ignore the tormented soul behind the many faces of Michael Jackson?

Now that the king of pop has died, and the memorial has ended, will the haunting questions die with Him? Do we ignore the upcoming toxicology and coroner’s reports? Even if a fair minded person accepts Michael's reported child-like innocence, a recantation years after a settlement, and an acquitting verdict, should we give no thought to propriety of a grown man sleeping in the same bed with little boys? Should no one really care to know what really went wrong?

Can We Put Michael Jackson in Heaven?
As in the case of the death of every loved one, the living have a powerful desire to vindicate their lives. We seem to think if we can focus on the good they have done, that will erase the bad. But in death, God does all the judging, and He overlooks nothing (Ecclesiastes 12:13-14).

So where does this leave the king of pop? I am not shocked that people who do not trust in Jesus alone (that Jesus’ death for our sins and His victorious resurrection granted Him all authority to pardon those who believe in Him and to leave everyone else in their sins to be condemned) speak of doing good things as the way to get to heaven. But I am always stunned to hear professing believers hedge, and comprise on this, the most essential truth in all of Christianity, that God saves sinners as a gift of His mercy who trust alone in His Son Jesus Christ the Lord. So when the question is asked, did Michael Jackson go to heaven, the only answer a true Christian can give is what the Bible says, “He who believes in the Son has eternal life; but he who does not obey the Son will not see life, but the wrath of God abides on him,” John 3:36. The question then is not if Michael Jackson did enough good things to get into heaven. Because the answer to that is that no one has. That’s not to ignore the fact that Michael did a lot of good things. But it is to acknowledge that like everyone else, Michael has done a lot of bad things, because no one lived a sinless life except Jesus. The issue upon which Michael’s eternal destiny and everyone’s eternal destiny depends is if a person ever turned in a loyal committed relationship to Jesus Christ based on faith alone. The answer to that question and that question alone, according to the Bible, tells where a person will spend eternity. And while I am not all knowing, I know Michael once claimed to be a Jehovah's Witness, and I've read reports that he converted later to Islam. In both of these religions your good works in part determine if you go to heaven. So therefore, I know of nothing in Michael Jackson’s life that indicated that he trusted in Jesus alone for his salvation. And therefore Jesus' haunting warning in Michael Jackson's case is applicable, "For what does it profit a man to gain the whole world, and forfeit his soul?"

What Do We Take to Heart from Michael Jackson’s Memorial?
For all who witnessed Michael’s memorial, it would be wise to heed the exhortation from the wisest man to ever live, to really consider our own death and where we will spend eternity, because no amount of eulogizing can change our eternal destiny once we have died. So it is my earnest prayer, for the Jackson family, friends, and fans, that in their grief they would seek comfort for their souls in Christ alone. Jesus said “I am the resurrection and the life, he who believes in me will live even if He dies. Do you believe this?”

I pray that despite the confusing eclectic and ecumenical religious injections into Michael Jackson's memorial service, some will be lead to acknowledge that Jesus does love sinners, but especially those who trust in Him alone. And I pray that they will seek Him and through faith in Him alone, find in Him His promise to save is true. And I pray that all Christians who know this will openly affirm that it is true—Jesus alone saves, those who alone trust in Him.

May God, who does all things right, be glorified.
Posted by Pastor Bobby Scott at 10:39 PM

Email ThisBlogThis!Share to TwitterShare to FacebookShare to Pinterest
Labels: It's in the News

This is well done and well said! I go to church with your Mom and Dad, we've met, our family has prayerd for you also. Thanks for expressing your thoughts. It is important to give the truth in honesty, love and based on God's unchangeable word and you have done that. My prayer too for many who read this and have been affected by Michael's, Farrah's and many others death; that they will see the need for a life changing belief in the truths of God's unchanging word. That they might be lead to salvation as a result. Blessings to you!