In response to President Obama's executive order authorizing the use of US tax funded dollars to pay for international abortions, John Piper made the following remarks. Do you agree?

Posted by Pastor Bobby Scott at 7:27 PM No comments:

Paganism in the Church? 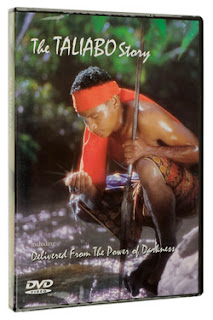 Last night I concluded a Bible Study series on the proper use of spiritual gifts from 1 Corinthians 12-14. I showed a 35-minute video called The Taliabo Story: Delivered from the Power of Darkness. This video recounts the work of four New Tribe missionaries to the Taliabo people on a remote island of Indonesia. The Taliabo relied upon common pagan practices of saying power words, using anointed oils, invoking the spirits through repetitious rhythmic drumbeats and dances. Have you heard of, observed, or even performed any of these practices?

The apostle Paul introduces the subject of spiritual worship in 1 Corinthians 12:1-2 with grave soberness, because the Corinthians made the dangerous error of incorporating their former pagan ways of worship into their worship of God. I am afraid his instruction is critical to the church today because we are making many of the same errors.

Paul instructs the Corinthians that their past, which involved idol worship, led them to believe that ecstatic experience equaled deep spirituality. Before they became Christians Paul charges that they believed that if someone were carried away by frenzy, uncontrollable emotion, then they were having a spiritual experience with the gods. “You know that when you were pagans, you were led astray to the mute idols, however you were led,” 1 Cor 12:2.

When Paul says, "They were being led," the idea is of being carried by force, in a bad sense. It gives us the picture of someone being carried downstream by a current that has overpowered him or her. While they thought they were freely following these idols, in reality they were helplessly being moved and influenced by forces other than the Holy Spirit.

What were they following? "Dumb idols," which are objects that could not see, think, or speak. They were inanimate objects that couldn't do anything. If that is true, what caused the emotional frenzy they experienced? If the objects were lifeless, what did they really encounter when they worshiped these idols? Paul tells us in 1 Cor. 10: 14 that he did not want them involved with idols at all. Why? Because they are something? No, idols themselves are nothing, but because there is something behind them, 10:19-21. Paul warns:

What do I mean then? That a thing sacrificed to idols is anything, or that an idol is anything? No, but I say that the things which the Gentiles sacrifice, they sacrifice to demons and not to God; and I do not want you to become sharers in demons. You cannot drink the cup of the Lord and the cup of demons; you cannot partake of the table of the Lord and the table of demons, 1 Cor 10:19-21.

Pagans throughout history have associated a mindless, emotional frenzied state with being taken control of by the spirit of the gods. Paul here tells us that that spirit isn't God's, but demonic spirits. When God calls people to worship, He calls them to reason, to think, to consider, to know Him. True spiritual worship, Paul taught the Corinthians, was unlike their past experience in that it did not involve going into mindless, frenzied emotional states. In fact, just the opposite is true. The worshiper worships God first by thinking and dwelling on God's person and works (1 Cor 14:19).

Alarmingly, too much of today’s so-called worship fits a pagan description of worship very well. Many churches encourage worshipers to seek and go into an ecstatic mindless state to feel and express pure emotion. And if someone obtains this state, they are considered to be in the Spirit— God has taken over. This is exactly what the Corinthians were doing, and as Paul admonished them, the spirit that you fall under in such a state isn't God's. Christians are never to relinquish the control of our minds. The moment that you do, you open yourself up to having demonic spirits take control over you, and that is the antithesis of true worship.

I should add that in the Taliabo Story, God used the missionaries to bring about an amazing revival. The Taliabo people demonstratively renounced their pagan practices and turned to the Lord Jesus Christ. God accomplished this without the missionaries binding demons, rebuking Satan, or claiming anything. They simply carefully explained and preached the Gospel, which "is the power of God for salvation to everyone who believes," Rom 1:16.
Posted by Pastor Bobby Scott at 11:20 AM 2 comments:

The Laker Parade Was Nice 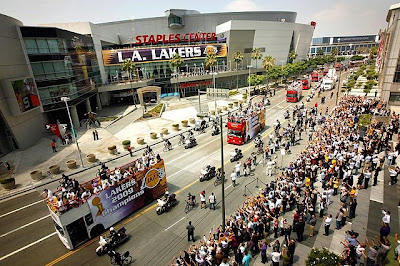 The season was incredible. The parade was nice. I have but one question who paid for it??
Posted by Pastor Bobby Scott at 1:31 PM No comments:

Purity is a Matter of the Heart

Minus illustrations and more explanations, here's the heart of Sunday's sermon.

Christians often learn external things they can and can’t do in order to look holy. We spend a lot of time modifying our behavior from the outside with rules and regulations. Motivated by guilt, driven by self-determination, we try with all of our will power at times to be holy. Yet despite the best of external efforts, not even Christians can prevent unholy, impure thoughts and behaviors. That’s what the Pharisees did and why Jesus called them white-washed sepulchers. Holiness starts with a broken and contrite heart. Hence, true purity can only be achieved when God has full sway over our hearts (Psalm 51:10, 16-17). In Matt 15:15-20, Jesus explains why we need more than will power to live holy. According to Jesus:
Here’s Jesus’ point, that when ungodliness, anger, lust, greed, deceit, and/or jealousy are in our hearts, then holiness will not be manifested in our lives and no amount of hard work will produce it. No matter how determined you are, no matter how many tears of guilt you cry, no matter how many accountability partners you get, holiness won’t manifest itself in our lives when sin is rooted deep within.

The obvious answer to the problem of sin in the heart is that over a lifetime you must continually give Jesus total access to your whole heart. If you let Jesus transform your heart, then that will impact everything you think, feel, and do.

The Bible offers general and specific remedies for the heart. The answer is hidden in Jesus’ rebuke “This people honors Me with their lips, but their heart are far from Me,” Matt 15:8. His point is that purity is a matter of the heart. Here are three general principles that will help you guard your heart with all diligence, knowing that the stuff of life starts with your heart (Proverbs 4:23).
Do these things diligently, and you will be guarding your heart diligently. Otherwise ungodliness, anger, lust, greed, deceit, jealousy will creep into your heart and grow. And if they take up residence in your heart, holiness will not. Based upon that, the Bible prescribes specifics ways to keep these sins out of your heart.

Specific ways to combat sin in your heart:
Passionately pursue, by God’s grace, holiness with all of your heart, for where your heart is there your treasure will be (Mat 6:21).
Posted by Pastor Bobby Scott at 8:42 PM 1 comment:

Today was the last day of classes at LABTS. I have a tradition of bringing my wife and kids to join the after final's pot-luck meal. This year they treated my Bible Study Method's Class to the Books of the Bible Song. 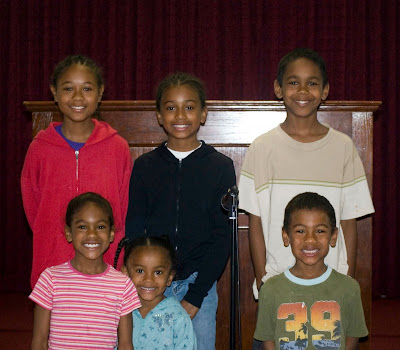 I tried and tried to add the audio clip we recorded but couldn't. Oh well but the picture is nice huh?

Also I tried to post some block diagramming examples from my class. But I couldn't get my tab function to work. Not a good tech week for me. But I won't give up that will be a project for next week.

Hey, I was able to post the practice video we did at home. Enjoy. And if you don't know the books of the Bible, here's your chance to learn them.

Grace and peace from the Scotts
Posted by Pastor Bobby Scott at 10:56 PM 2 comments: