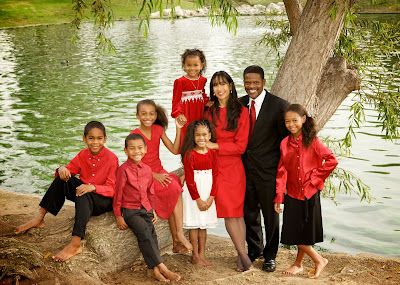 Merry Christmas to everyone. Here's my 08 Christmas sermon.

Christmas is thought of in many ways by different people. For many it is a cultural holiday filled with family traditions. Christmas is seen as a time to get together with family and to share gifts. One stat I ran across stated that “Americans used 28,497,464 rolls and sheets of wrapping paper, 16,826,362 packages of tags and bows, 372,430,684 greeting cards, and 35,200,000 Christmas trees during the 1989 Christmas season.”

In contrast to the cultural celebrations of Christmas, the Bible explains it as an amazing time to reflect on God as the Great Promise Keeper of the Greatest Promise ever made. The prophet Micah takes up the grand theme of the promise of Christmas in chapter 5 verses 2-5a. His prophecy strips away all of our cultural trapping and reveals the essence of what Christmas is really all about. It is a promise God made many many years ago and a promise that God has kept.

1st Christmas is about a Strange Promise, Micah 5:2
“But as for you, Bethlehem Ephrathah, too little to be among the clans of Judah," Micah 5:2.
Here in this verse, as strange as it seems, God speaks to a little town, Bethlehem, as if it were a person. The verse stresses the insignificance of this town. It was so insignificant that it was omitted from the extensive list of Judah’s towns in Joshua 15:33-60. Historically, Bethlehem held no regional significance, and unlike Jerusalem, it held no national significance. It, therefore, certainly held no international significance.

Yet some 2800 years after Micah penned these words, if you were to google the phrase "famous towns," you would run across places like Paris, Vienna, Hollywood. And in that list you would see the little town of Bethlehem. That is for one reason God, who makes promises, is the great Promise Keeper. Now today, if you go anywhere in the world you'd be hard pressed to find a person who doesn’t know about the little town of Bethlehem.

The obvious question is, how did this little town rise to such a place of international prominence? It is not famous because of a natural resource it has, like oil, or some industry that happens there, like cars. But it is famous for one reason--its most famous Son was born there in fulfillment of God’s promise of Christmas.

2nd, Christmas is about a Miraculous Promise, 5:2b
Micah adds, “One will go forth for Me to be ruler in Israel. His goings forth are from long ago, From the days of eternity.”

From the little town of Bethlehem One would come forth who is sovereign. His activities began even before His birth. The NT makes it clear that He is the Great “I Am” in the burning bush. Although He would be fully man, the apostle John, in similar fashion to Micah, makes it clear that He would also be the eternal God (John 1:1-3; 8:58). This is the miraculous promise of Christmas.

3rd, Christmas is about a Merciful Promise, 5:3
"Therefore, He will give them up until the time"
That means that before the coming of this Great Sovereign, God would give Israel over "to absolute abandonment because of her sin" (1:5-6; 2:1-5; 3:4, 9-12; 4:10; 6:9-16)] EBC. Although God gave Judah great privileges, they did not obey Him. Although He sent them prophets, they did not listen to Him. Although He lavished His love on Him, they did not love Him and instead loved the ways of the nations. To discipline them, God gave them over to the nations. Yet God will not always be angry with His chosen nation, Israel.

Micah states, "When she who is in labor has borne a child, then the remainder of His brethren will return to the sons of Israel." The she in this context is clearly the nation of Israel (4:9-10), and the child borne is clearly the Messiah whose days stretched back into eternity. God would give Judah over to suffer the fate of her sins until She, that is Israel, gives birth to the coming ruler. So her destiny is tied to His. When He reigns, she will be exalted.

4th, Christmas is about an Incomplete Promise, 5:4-5a
According to God's promise of Christmas in Micah 5:4-5a, God is not done yet! These verses link the work of Jesus in His first and second comings together. God fulfilled the Christmas Promise He made in Micah 5:2. God’s Sovereign Ruler was born in Bethlehem. He became a real man to die for helpless sinners. And through God's Coming Ruler, He will secure for God a people who will love and serve Him. So Jesus birth, death, resurrection, and ascension did not mark the end of His work. This same Sovereign Lord, Jesus the Christ, will come again. "And He will arise and shepherd His flock. In the strength of the LORD, in the majesty of the name of the LORD His God. His People will be blessed because of it. And they will remain, because at that time He will be great to the ends of the earth. This One will be our peace."

CONCLUSION
God has made many promises.
Yet the promise on which all the other promises are dependent is God’s promise of Christmas. Yes, it took Him a long time to fulfill the first part of the Christmas promise, and it’s taking a long time for Him to fulfill the promise of His return. But don't give up hope, don't stop waiting, don’t stop believing, don’t despair because Jesus is still coming back to town, and when He comes He will make all things new. And to those who love His first Christmas appearing, those who love the cross, those who love the hope of His appearing, He will rescue; He will exalt, He will empower them to reign with Him forever more.
Posted by Pastor Bobby Scott at 2:47 PM No comments: